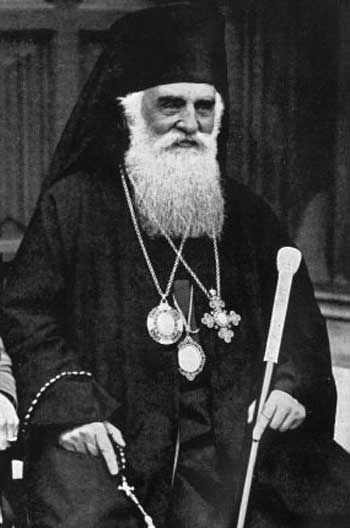 Miron Cristea was a noted hierarch of the Romanian Orthodox Church and a prominent politician. His literary work brought him honorary membership of the Romanian Academy.

Cristea studied Theology at the Theological-Pedagogical Institute of Sibiu and then completed philological studies at the University of Budapest, where he obtained his Ph.D. in Letters. He was consecrated as a deacon in 1897, became an Orthodox priest and, in 1909, was elected Bishop of Caransebeș. In 1919, Cristea became the first Romanian Metropolitan and some years later, in 1925, the first Patriarch of the Romanian Orthodox Church.

Cristea was not simply a clergyman, but also actively immersed himself in the political life. Since his youth, he had campaigned for the cultural emancipation of Romanians in Transylvania and was a member of the Romanian National Party. As Vice-President of the party, he participated in the organisation of the Great National Assembly in Alba-Iulia. He was also part of the delegation that presented the Resolution of Union to King Ferdinand I.

His career was also exceptional during the interwar years. Patriarch Cristea was one of the three members of the Regency Council (1927-1930) when King Michael I was a minor, and later steered the country as Prime Minister, in the difficult period between 1938 and 1939.

ROMANIAN CENTENARY CELEBRATIONS IN THE WORLD

THE ROMANIANS AND THE GREAT WAR

THE ARGUMENTS OF A LONG-AWAITED UNION