Entering the war to bring Romanians living in the Austro-Hungarian Empire into one national state, after two years of huge military and civilian losses, Romanians emerged victorious and, in the most favourable international context, by their own democratic will, were ready to complete what they had been fighting for: the unification of all Romanian provinces in one state. 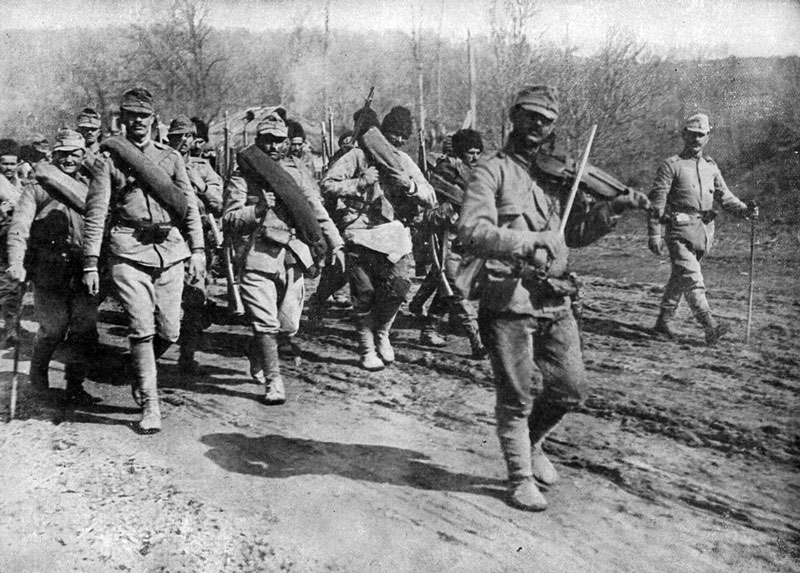 This military action as undertaken at the request of representative Bessarabian institutions, in the context in which deserting troops from the Russian army threatened the order and safety of the province. In retaliation, the Soviet government broke diplomatic relations with Romania (February 26), confiscating the Romanian national treasure, which was at that time in their custody. 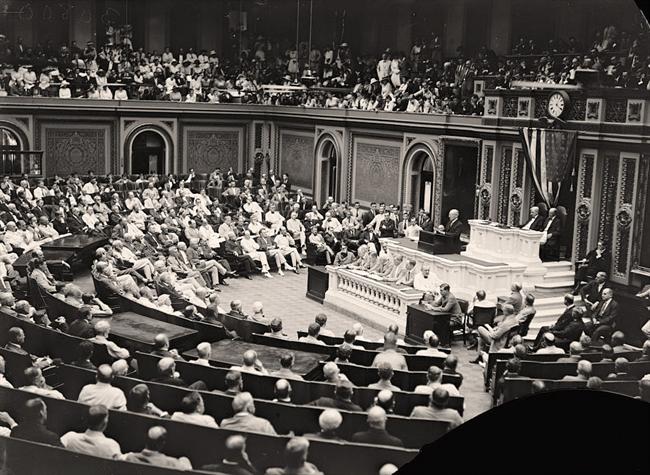 In his speech, President Wilson defined a set of general principles, one of which was the right of peoples to self-determination. The nations of Central-Eastern Europe in particular, the Romanians included, claimed this right with much conviction and enthusiasm.

IN BESSARABIA, THE COUNTRY COUNCIL ADOPTED A DECLARATION THAT PROCLAIMED THE INDEPENDENCE OF THE DEMOCRATIC REPUBLIC OF MOLDOVA.

Through this political act, the population of this historically Romanian province, annexed by Russia in 1812, expressed its right to self-determination. It was an important step towards unification with Romania. The young republic, led by President Ion Inculeț and Prime Minister Daniel Ciugureanu, was threatened by both the Central Powers and Russia.

THE PEACE TREATY OF BREST-LITOVSK WAS SIGNED BETWEEN RUSSIA’S SOVIET GOVERNMENT AND THE REPRESENTATIVES OF THE CENTRAL POWERS. 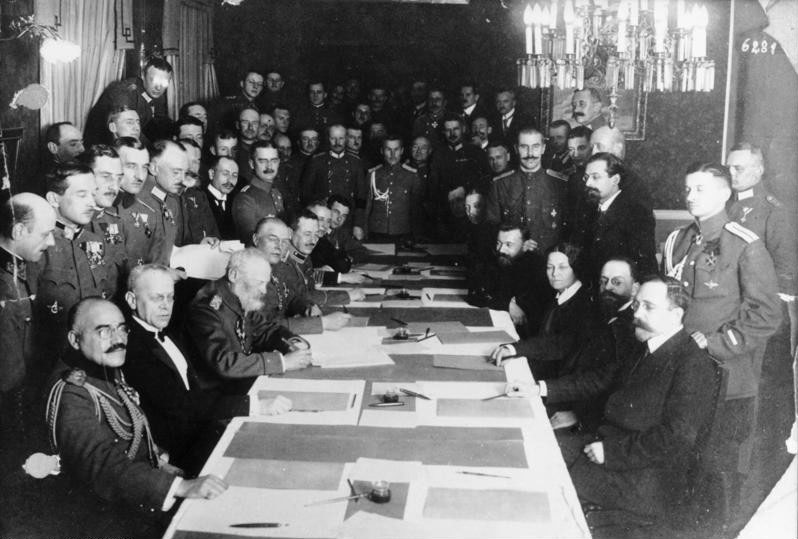 Through the conclusion of this peace treaty, hostilities from the Eastern Front temporarily stopped. In consequence, peace negotiations between the Romanian government and the representatives of the Central Powers also intensified.

A MEETING OF THE COUNTRY COUNCIL TOOK PLACE, IN WHICH THE DECISION OF UNITING BESSARABIA WITH ROMANIA WAS ADOPTED. 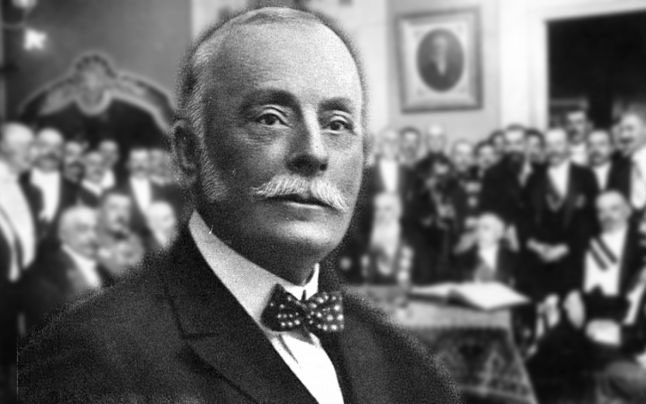 Alexandru Marghiloman, the Romanian Prime Minister, who expressed support for agrarian reform in the province, was also present at Chișinău. In the decision for unification, the provision that Bessarabia would retain its autonomy was included, as was the election of a council through universal ballot and other democratic rights such as recognition of minorities, personal freedom, freedom of the press, freedom of speech, religious freedom, etc. After the passage of the vote and the acknowledgement of the results, Prime Minister Marghiloman gave a short speech in which he accepted the Act of Union on behalf of the Romanian government. Shortly after, a Bessarabian delegation travelled to Iași in order to participate in the manifestations dedicated to the Union, as well as in a meeting with King Ferdinand.

ROMANIA SIGNED A PEACE TREATY WITH THE CENTRAL POWERS IN BUCHAREST. 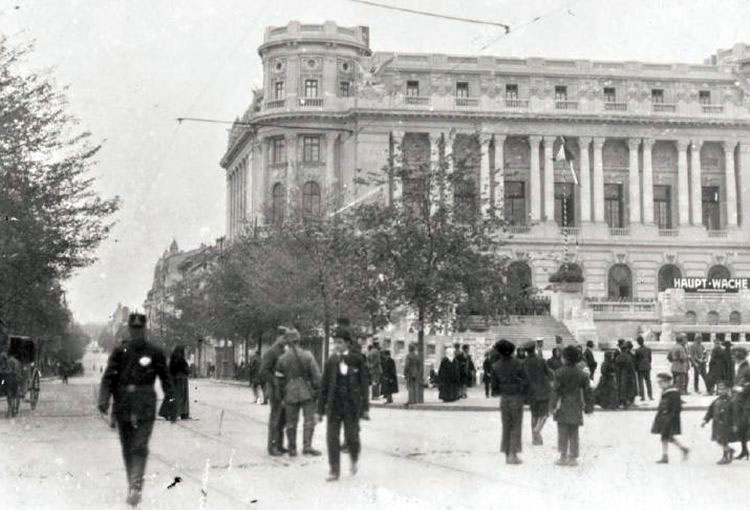 Negotiations with representatives of the Central Powers began in February, at once with the appointment of a new Romanian government, led by General Alexandru Averescu. Romania withdrew from the war as, at the beginning of 1918, it found itself without allies on the Eastern Front.

‘THE NATIONAL COUNCIL OF ROMANIAN UNITY’ WAS ESTABLISHED IN PARIS. 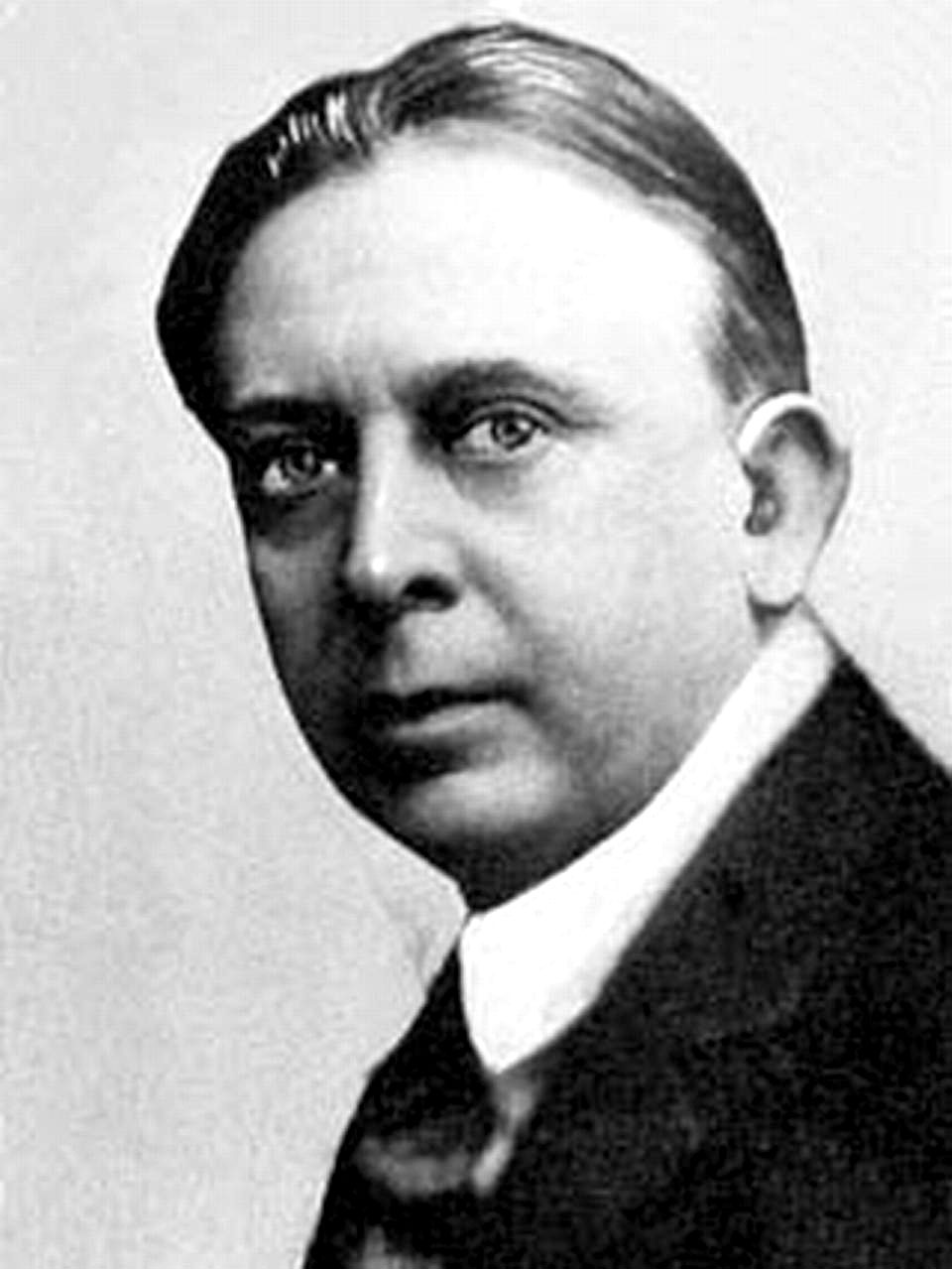 This important organisation, which fought for the national rights of Romanians, had Take Ionescu as President and Vasile Lucaciu, Octavian Goga, Constantin Angelescu and Ioan Theodor Florescu as Vice-Presidents. Other similar organisations were: ‘The National Committee of Romanians from Transylvania and Bukovina’, in Paris, led by Traian Vuia, ‘The National Romanian League’ from Washington, established by Vasile Stoica in the summer of 1918, as well as ‘The Committee of Action of Romanians from Transylvania, Banat, and Bukovina’ from Italy, under the leadership of Simion Mândrescu. The efforts of Romanian intellectuals and politicians from across borders would succeed in bringing the aspirations of the Romanian people to the attention of international public opinion.

THE EXECUTIVE COMMITTEE OF THE NATIONAL ROMANIAN PARTY IN TRANSYLVANIA FORMULATED ‘THE ORADEA DECLARATION’. 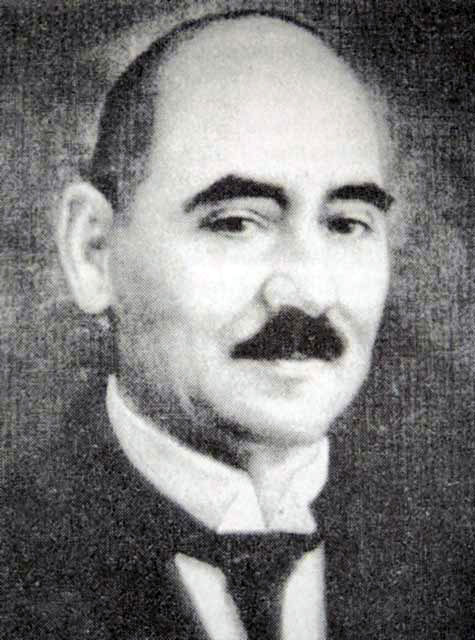 This event took place at the home of barrister Aurel Lazăr in Oradea. Participants at the meeting included Vasile Goldiș, Ștefan Cicio-Pop, Ioan Suciu, Aurel Vlad, Alexandru Vaida-Voevod, Aurel Lazăr, Teodor Mihali and Ioan Ciordaș. The Oradea Declarationwas a fundamental document in the fight for national rights of Romanians in Transylvania, Banat, Maramureș and Crișana. Through this document, Transylvanian Romanians expressed their desire to decide the future of this old Romanian province, in conformity with the democratic principle of self-determination.

EMPEROR CHARLES I OF HABSBURG LAUNCHED THE MANIFESTO ‘TO MY FAITHFUL AUSTRIAN PEOPLES’, THROUGH WHICH HE ATTEMPTED TO FEDERALISE THE EMPIRE.

In the autumn of 1918, signs of the House of Habsburg’s multinational empire’s disintegration became more and more evident. Charles I hoped that the Habsburg Monarchy would undergo a rebirth after the war as a ‘Federation of Free Peoples’. It was, however, a futile effort.

ALEXANDRU VAIDA-VOEVOD HELD A SPEECH IN THE PARLIAMENT AT BUDAPEST ABOUT THE RIGHT TO SELF-DETERMINATION OF ROMANIANS IN TRANSYLVANIA.

Through this speech, the Transylvanian politician informed the Hungarian Parliament members of the stipulations of The Oradea Declaration.

THE FIRST EDITION OF THE NEWSPAPER ‘THE BUKOVINA VOICE’ WAS LAUNCHED. 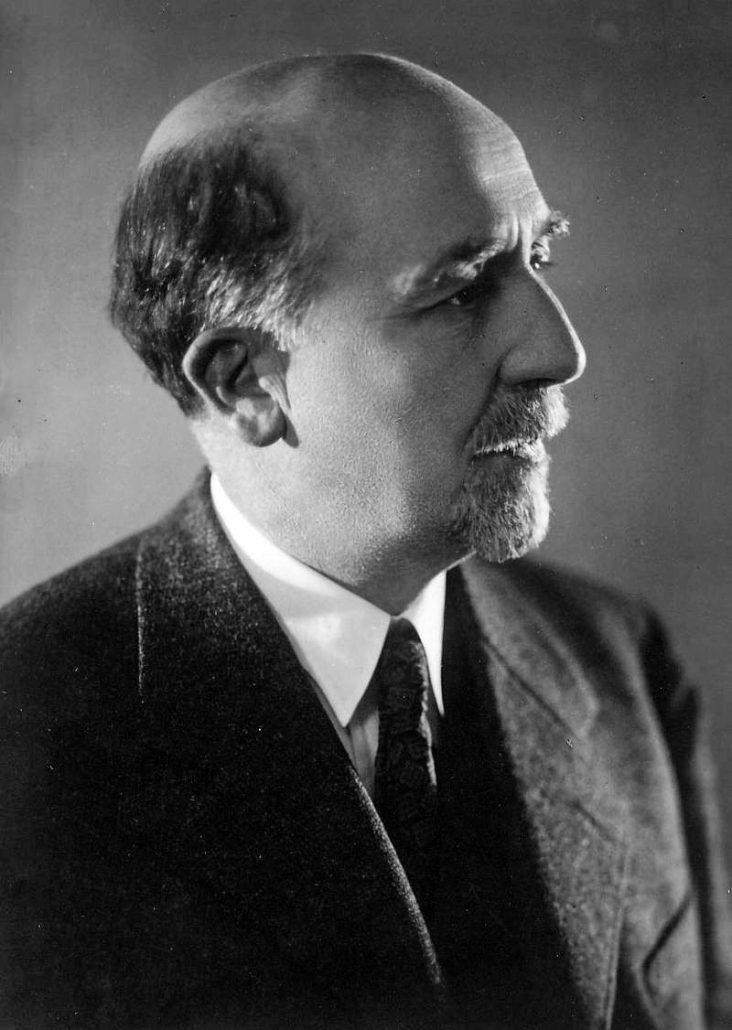 The publication held an important role in the fight for union of Romanians from Bukovina. In this first issue, scholar Sextil Pușcariu published the editorial What We Want, a veritable programmatic document, in which the rights of Romanians in Bukovina and Transylvania were affirmed.

AT THE INITIATIVE OF IANCU FLONDOR AND SEXTIL PUȘCARIU, A LARGE NATIONAL GATHERING WAS ORGANISED AT CERNĂUȚI, IN WHICH THE REPRESENTATIVES OF THE ROMANIANS IN BUKOVINA CAME TOGETHER.

Within this constituent assembly, the formation of a National Council of 50 members was decided. Dionisie Bejan was elected President of the Council. This represented the first steps towards the path of detachment of Bukovina from the Austro-Hungarian Empire and towards unification with Romania.

THE NATIONAL ROMANIAN CENTRAL COUNCIL WAS FORMED IN BUDAPEST. 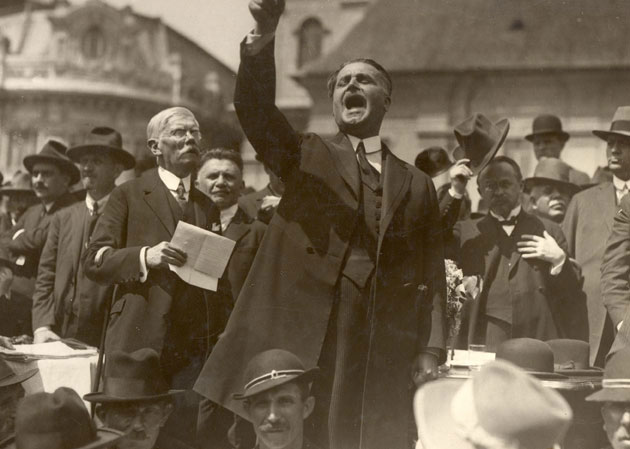 This institution was a veritable provisional government of Transylvania for the period which was to follow. The Council was composed of 6 members of the National Romanian Party (Vasile Goldiș, Aurel Lazăr, Teodor Mihali, Ștefan Cicio-Pop, Alexandru Vaida-Voevod and Aurel Vlad) and 6 members of the Socialist Party (Tiron Albani, Ion Flueraș, Enea Grapini, Iosif Jumanca, Iosif Renoiu and Basiliu Surdu). Ștefan Cicio-Pop was elected President and Gheorghe Crișan Secretary. At the beginning of November, the Council moved its headquarters to Arad.

THE CENTRAL ROMANIAN MILITARY SENATE OF OFFICERS AND SOLDIERS WAS CREATED IN VIENNA. 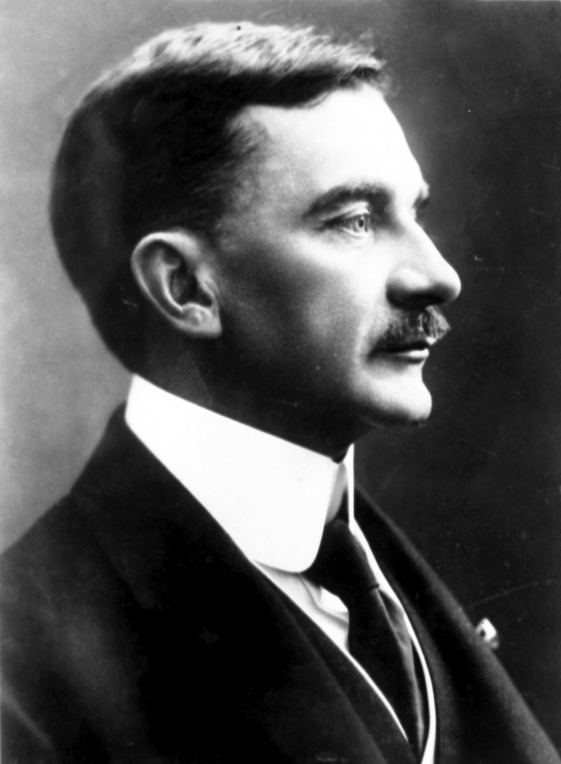 The Senate was led by an Executive Committee that included Iuliu Maniu, Traian Popa, Epifan Muntean and Petru Popovici. Its principal objective was to organise Romanian soldiers and officers who fought in the imperial army and to support the struggle for self-determination of Romanians in the crumbling Austro-Hungarian Empire. Romanian troops also maintained public order in Vienna during this chaotic time when official authority collapsed.

THE NATIONAL COUNCIL ADOPTED THE PROVISIONAL FUNDAMENTAL LAW OVER BUKOVINA.

Through this document, which had a constitutional character, the nature of governing institutions was established. In the following days, the Council, which had become a legislative body, debated pressing matters such as the consolidation of relations with the Romanian government in Iași and the adoption of several democratic reforms (the agrarian law, the electoral reform, freedom of religion, various judicial and education matters).

NOVEMBER 13-15, 1918: NEGOTIATIONS BETWEEN THE NATIONAL ROMANIAN CENTRAL COUNCIL AND A DELEGATION OF THE HUNGARIAN GOVERNMENT, LED BY JÁSZI OSZKÁR, TOOK PLACE IN ARAD.

The Hungarian delegation proposed that Transylvania and the other territories inhabited by Romanians in their possession (Banat, Crișana and Maramureș) would remain within the framework of the Hungarian state and promised political and cultural autonomy. The offer was rejected by the Romanian representatives who argued forcefully in favour of union of Transylvania with Romania. During the negotiations, a decision was made to call for a democratic assembly to gauge the opinion of Romanians about the future of Transylvania.

THE GREAT NATIONAL COUNCIL (THE NATIONAL ROMANIAN CENTRAL COUNCIL) PUBLISHED THE FAMOUS ‘MANIFESTO TO THE PEOPLES OF THE WORLD’, PRINTED IN ROMANIAN, FRENCH, AND ENGLISH.

This document informed the international public opinion about Transylvanian Romanians’ position regarding the issue of self-determination and the unification with Romania.

THE GREAT NATIONAL COUNCIL LAUNCHED THE CONVENTION OF THE NATIONAL ASSEMBLY IN ALBA IULIA FOR THE 1ST OF DECEMBER, 1918.

In the announcement, the objective of the meeting was clearly defined: to democratically formulate a collective decision about the future of Romanians from Transylvania based on the right of self-determination. On the following day, the call to assembly was published in the newspaper The Romanian, with a circulation of 12,000 copies.

THE GENERAL CONGRESS DECIDED THE UNIFICATION OF BUKOVINA WITH ROMANIA.

74 Romanian delegates, 13 Ukrainian, 7 German, and 6 Polish participated. The President of the Congress, Iancu Flondor, presented the motion through which the unconditional union of Bukovina with Romania was declared. The representatives of the Polish and German delegations stated their support for unification. The congress elected a delegation which consisted of Iancu Flondor, Dionisie Bejan, Ioan Nistor, Eudoxiu Hurmuzachi and others, which was charged to present the Declaration of Union to the Romanian government in Iași.

THE GREAT NATIONAL ASSEMBLY IN ALBA IULIA WAS HELD, WHERE THE RESOLUTION OF UNION OF TRANSYLVANIA, BANAT, MARAMUREŞ AND CRIȘANA WITH ROMANIA WAS ADOPTED.

Almost 1,228 elected delegates arrived to Alba Iulia, but the number of participants exceeded 100,000 people. On the morning of December 1, solemnTe Deums were officially celebrated in the two Romanian churches. The delegates gathered in the Unirii (Union) Hall. The President of the Great National Council, Ştefan Cicio-Pop, delivered the opening speech. The Resolution of Union, consisting of nine points, was read by Vasile Goldiş and was then unanimously voted by the delegates. A number of democratic principles and fundamental liberties were included in the final text of the resolution adopted by the National Assembly of Alba Iulia. National freedom, freedom of religion, a democratic regime based on universal suffrage, freedom of the press, freedom of association and assembly, agrarian reform and modern legislation for workers – these were the foundations on which the new unified state of Romanians was to be built on. The huge excitement of the day was evoked with great talent by poet Lucian Blaga, a direct participant in the event: ‘I could not find room in the assembly hall in Alba Iulia…  I had, however, the advantage of being able to roam from place to place, all day, in the field where people gathered. It was an unbelievable throng. Here and there, were seats where orators spoke to the crowds. At that time there were no microphones, so that the orators, with voices too soft for so many people, in order to multiply the echo passed from one tribune to another. That day I came to know what national enthusiasm means, sincere, spontaneous, irresistible, organic, massive. It was something that made you forget everything, even the awkwardness and total lack of experience of the orators towards the crowd’.

Following this declaration of unconditional unification, the Country Council was dissolved, marking an important step towards the administrative and institutional integration of Bessarabia into Romania.

BY DECREE-LAW NO. 3631, THE UNION WITH ROMANIA OF THE LANDS INCLUDED IN THE DECISION OF THE GREAT NATIONAL ASSEMBLY OF ALBA IULIA ON DECEMBER 1, 1918 WAS OFFICIALLY ACKNOWLEDGED.

Until the actual integration into Romania, local bodies of the Great National Council and the Directing Council were established to administer the former possessions of the Austro-Hungarian Empire, while several leaders from Transylvania (Alexandru Vaida-Voevod, Vasile Goldiş and Ştefan Cicio-Pop) were included in the Romanian cabinet as members without portfolio.

KING FERDINAND AND THE PRIME MINISTER ION I.C. BRĂTIANU SIGNED THE DECREE-LAW ON INTERNAL CONSOLIDATION OF THE UNION WITH BUKOVINA. 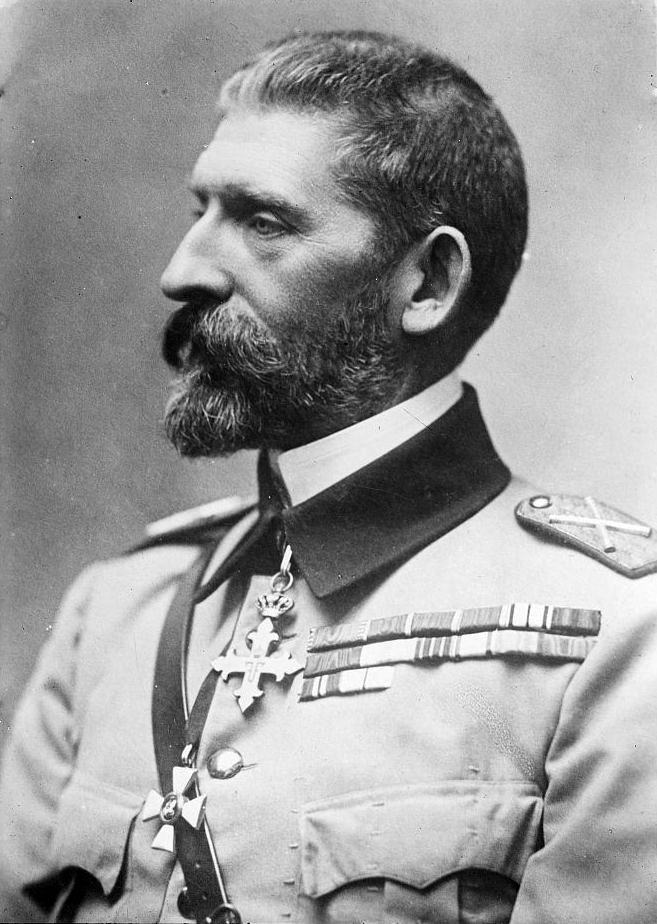 Bukovina sent two ministers without portfolio in the Romanian cabinet, who supervised the administrative and institutional integration of the province within the Romanian state.

THE GERMAN-SAXON NATIONAL COUNCIL RECOGNISED THE DECISION OF UNION OF TRANSYLVANIA WITH ROMANIA.

The Saxons represented an important centuries-old ethnic minority of Transylvania. Their consent to the unification proved for strong evidence that the whole process was a democratic one and the new authorities were determined to observe the rights of minorities.

ROMANIAN CENTENARY CELEBRATIONS IN THE WORLD

THE ROMANIANS AND THE GREAT WAR

THE ARGUMENTS OF A LONG-AWAITED UNION